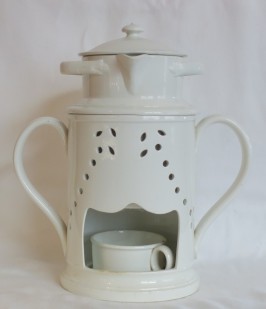 Food warmers (a.k.a. "pap warmers" and "veilleuses") were introduced in England in the 18th Century and quickly reproduced and adapted in other countries including France - where the term "veilleuse" comes from. The earliest English versions were made of tin-glazed earthenware with a candle holder on top of the lid.

They were initiailly designed to keep semi-liquid food ("pap"), or other liquids, warm during the night at the bedside of sick children and/or invalids.  By the early 1800's their use expanded. The traditional food warmer set consisted of 1) a hollow pedestal / base with pierced vents, 2) an insert to hold the water to keep the pannikin's contents warm, 3) a pannikin to hold the food, 4) a pannikin lid and 5) a cup or bowl to hold the warming burner. Sometimes the burner cup or bowl had a lid with a center hole for the wick. The heat source was usually oil burned by means of a floating wick in the burner cup or bowl (when it did not have a lid) or a wick sticking out the hole in the top of the lid.  Teapot versions were later introduced.

Food warmers were made in tin-glazed earthenware, creamware, pearlware, porcelain and bone china and were mainly made between 1750 and about 1860. 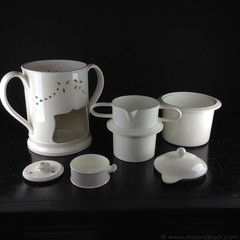 And like other things they also came in metal versions - most often tin: 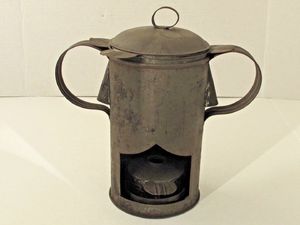 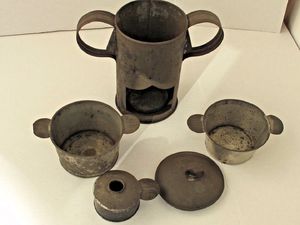 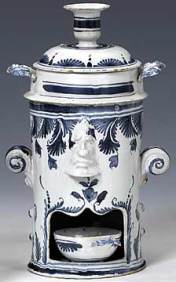 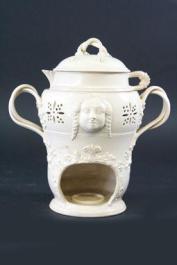 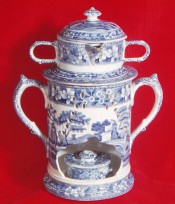 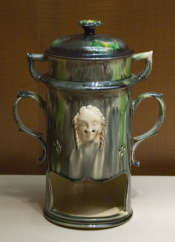 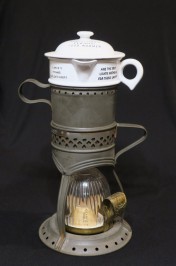 Samuel Clarke improved on the concept of the food warmer by making it more utilitarian. Clarke's design was similar to traditional ceramic food warmers in both overall concept and continued use of a ceramic pannikin. It differed however in that the pedestal (stand) and insert to hold the water was made of tin (making it lighter) and the warming device could be used separately as a portable nursery lamp. As a result of the portable nursery lamp the warmer was also marketed as "The Burglar's Horror".

The ceramic pannikin came in 5 different sizes and the stand in a few variations over time. When searching for them or components to make a set also search under the names  "pyramid", "fairy" and "cricklite" as well.

If you want to learn more, in fact everything and anything, about Clarke food warmers I encourage you to read Jim Sapp's article "Clarke's Food Warmer and the Pannikin - Part I". 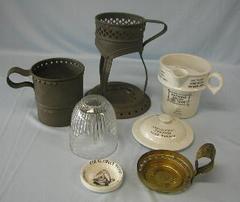 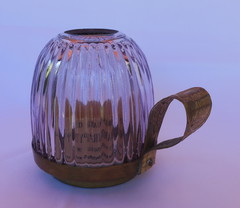 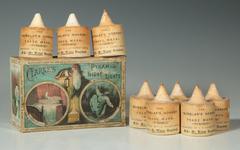 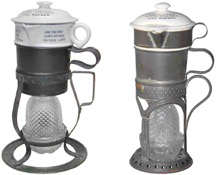 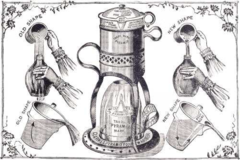 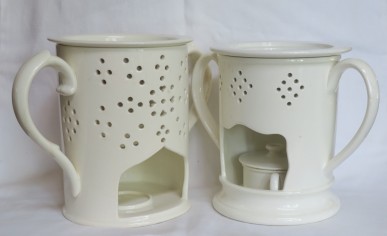 The beauty of food warmers (all the parts of the set fitting and working together) is also their Achilles' heel. When parts break, or become lost, the odds of the remaining parts staying together decreases rapidly. This coupled with the fact that they are in the range of 150 - 250 years old explains their rarity and my interest in them.

For what ever reason I have always found it rewarding looking for parts with the hope of one day reuniting them with their lost relatives.

Examples of other shaped, patterned and sized food warmers from England:

Examples of other shaped, patterned and sized food warmers whose origin I am not so sure: 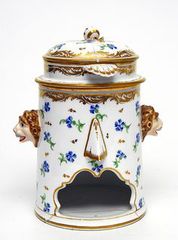 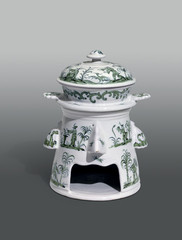 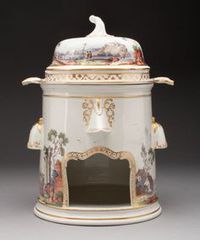 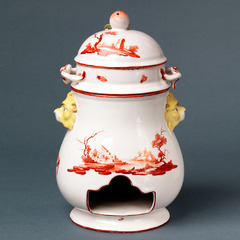 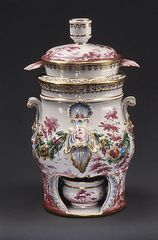 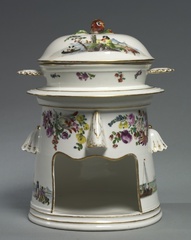