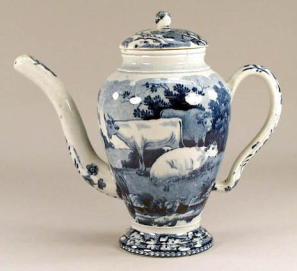 The most common design of the bubby pot (a.k.a. "suckling pot") is pictured at left. It's shape was designed by Dr. Hugh Smith around 1770 as an improvement over the other widely used designs available - including the ceramic nursing bottle. The name "bubby" was derived from an old world euphemism for female breast and its unique design attributes included having a lid (with a small air hole used to regulate content flow) and a closed and perforated spout end (to better duplicate natural feeding mechanics).

Dr. Smith's first prototype was most likely made of pewter or silver (see photo below) with its ceramic variations following thereafter.

Now the bad news, the pot's design (with its impossible to clean spout and perforated spout end) contributed significantly to infant mortality. 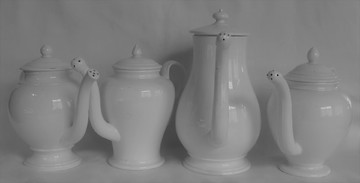 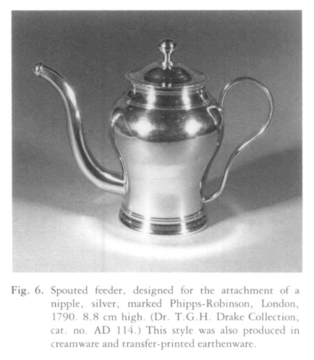 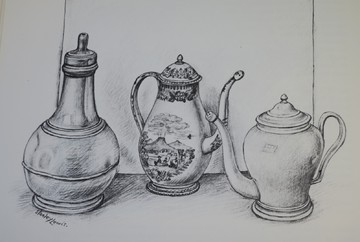 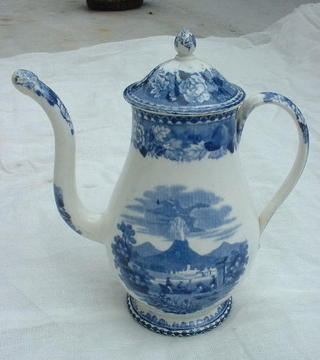 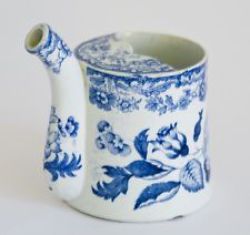 One comes across ceramic pots and/or spouted cups similar to those at left and lower left when collecting. 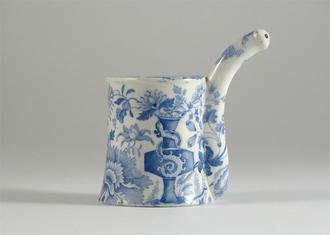 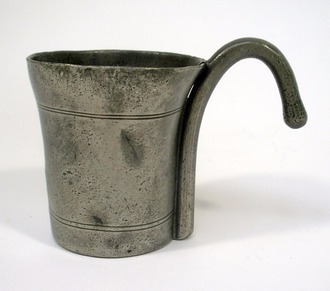 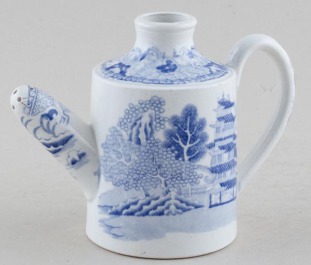 This is a wonderful example of a transfer-printed suckling pot with its contents regulated not with a lid (like a bubby pot) and small air hole but with a larger thumb sized hole similar to nursing bottles.

Variations of these types of designed pot were also made in silver and pewter (see example below) except their spout ends were a single hole as opposed to perforated. 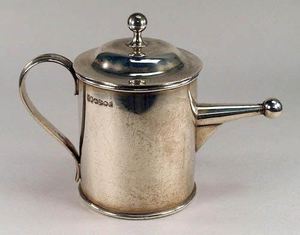 Not to get to far off subject it is interesting to note that in many silver suckling pot designs they came with built-in filtration traps, unlike their ceramic cousins (see photos below). 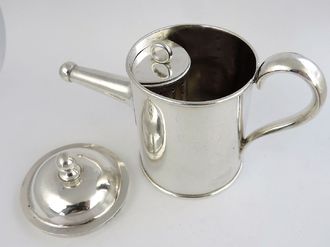 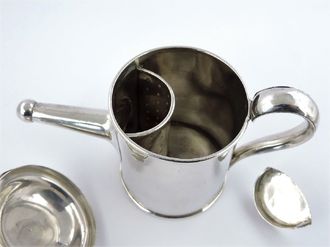 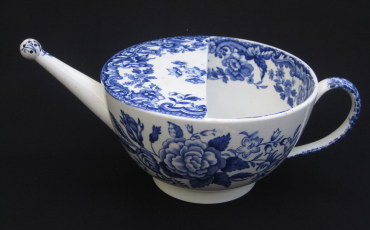 What to call this example is a throw of the dice. While it is shaped and designed like a typical feeding cup it also has a suckling pot spout (i.e., perforated end). Safe to say the one pictured at left was hardly if ever used evidenced by its perfect unrepaired spout tip.

Examples of other shaped and designed pots: 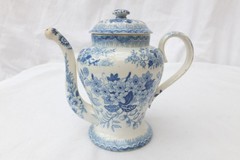 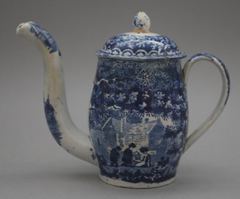 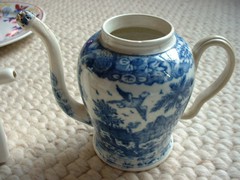 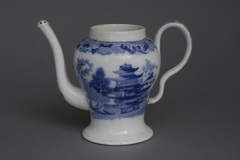 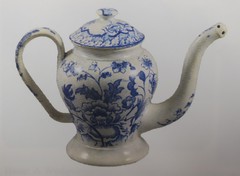 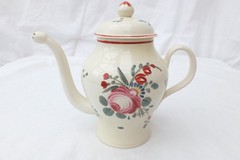 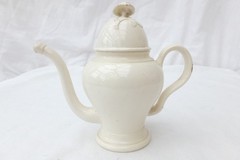 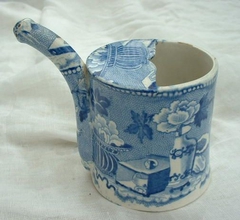 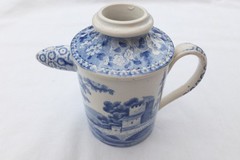 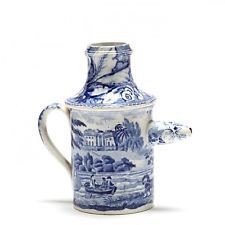 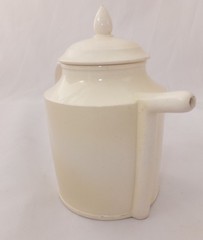 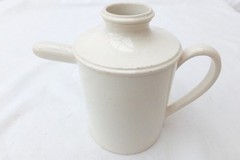